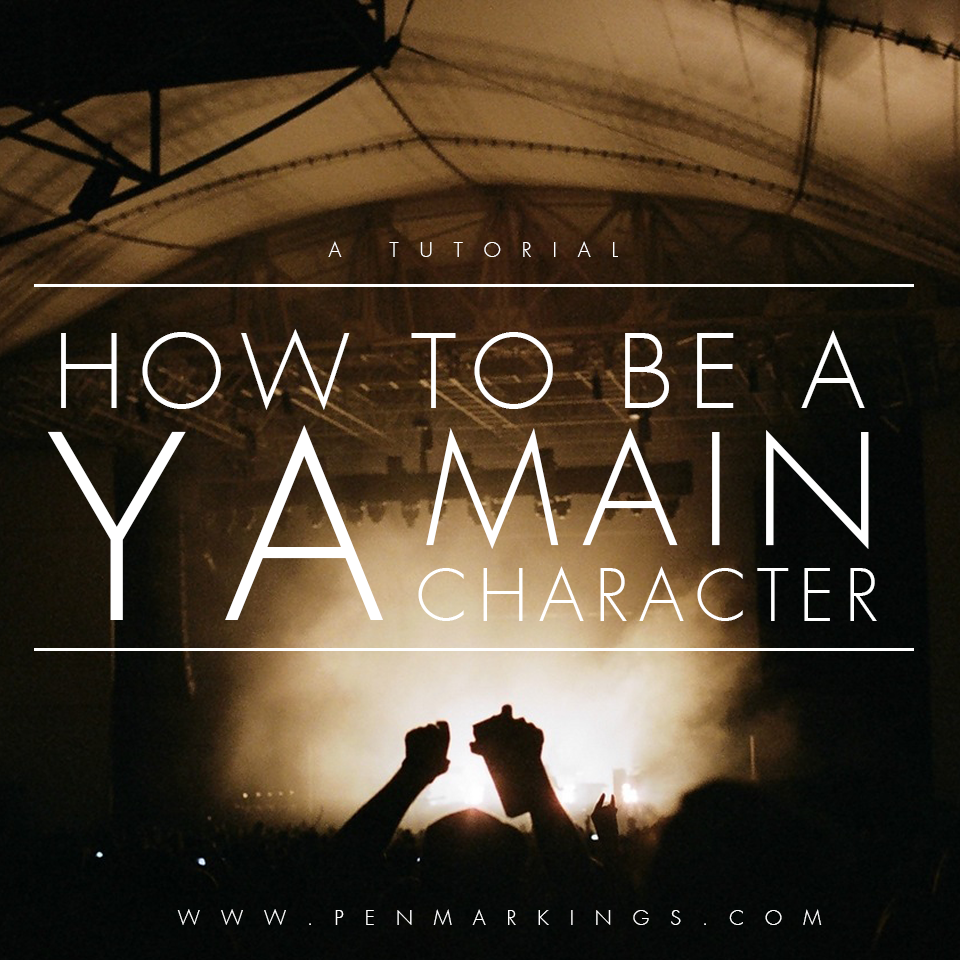 Hey there! So, wanna be a MC? Star in a book and be your own celebrity? Well, then I think you’ve found just the post! Since I’m such an expert in the field of YA MC studies, I’ve compiled a simple how-to guide to help you on your way to YA book stardom!

Nobody wants to read about ordinary, plain, standard people like you and I. Totally not. That won’t sell a story. Didn’t you hear? “Normal” isn’t going to cut it. I suggest you go discover that your neighbour is actually some ancient powerful wizard who has personally been assigned as your bodyguard because clearly he doesn’t have anything more important thing to do than watch over you since you’re the next Ruler Of Magicaland. If you’re not special enough to be a unicorn (including shitting out glitter) then I think being a YA MC isn’t for you.

describe yourself with society’s ideal looks but deny being attractive

Part of being a main character is a crippling sense of low self-esteem when you really don’t have a reason to be one! After all, you’re the main character and you always meet society’s expectations of attractiveness and everyone thinks you’re just gorgeous. But you can’t say it, obviously. That would be too boastful. Just moan and whine about it until the people lavishly compliment you.

remember, knocking over stuff is endearingly clumsy and not at all irritating

Clumsy is the new cute in the YA world. Tripped over air and accidentally destroyed an object that was the world’s only hope? No big deal. I’m sure your friends can just buy another one off of eBay. Running away from Imminent Doom or Super Deadly Killer and trip over every single root, crack, and bush? It’s all cool, since they’ll never catch up to you anyway, even if you did trip over that last one. And the one before that. And the one before that.

popular = evil, so never be popular. but if you are, always secretly hate it

Haven’t you noticed that all the contemporary bad guys are the popular ones? There’s a reason for that. Not a good one, but many books follow it so it must be right! See, you’re a main character. Main characters don’t like mainstream stuff. And main characters aren’t supposed to be popular. Ugh. Always always always hate on them. If you happen to be one of them, don’t forget to secretly loathe it. Popular is synonymous with evil – never forget that.

See, since you’re the MC, you’ve got to sound like it. That means always spouting perfect metaphors without mulling over them three days prior. And make sure you add some deep-but-cliche quotes from famous literary authors and figures to make you look wise and knowledgeable. Even if you say you hate books or reading, you’ll still be able to magically form amazing analogies and metaphors.

Well, that’s it! With a bit of practice here and there, anyone can be a MC! Including you!