Skip to content
my opinion lies ahead. you have been notified (and warned) 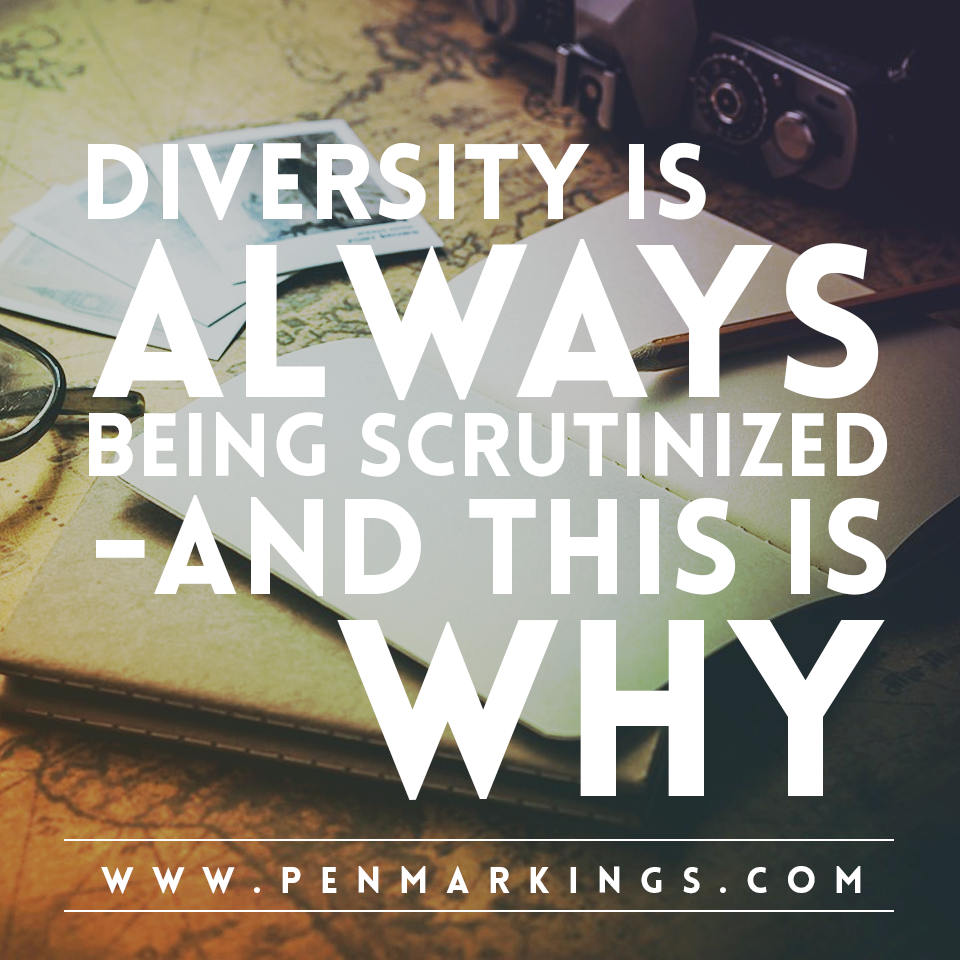 People have said that books featuring under diversity are under heavier fire than books that are without diversity, but to me, that makes perfect sense. Of course, I know some people try to brush this off. We got diversity – that’s what we asked for, right? Why not encourage it even though they’re wrong? There’s not many of them to begin with, so we might as well try to promote the ones we’ve got, even though they’re incorrect, right?

That’s just the thing: we don’t have a lot of them.

White characters, they’re everywhere. Straight characters, there’s just as many. They’re all so commonplace that they’re the regular default, and any indication otherwise usually has people jumping out of their seats in disbelief.

Diverse characters are usually there for authors to tick the diversity box. Got one Chinese character? Welp, I guess you’re done that whole “diversity” part, right? They don’t need fleshing out or a proper plotline or to be more dimensional than paper, amirite? The gay boy’s come out? Sweet, that probably ends their plotline. Now they can resume their role as the see I have diversity look at this guy card when someone accuses them of the lack of it, only existing when useful.

Other times, we’re half-assed results of a five-minute Wikipedia search with nothing but an exotic name to separate us. Culture? What’s that? You’ve got the name, right? That should make up for their daily life not having even the slightest bit of their culture in it. Throw in some incorrect-but-impressive-sounding words in their native tongue as they speak, and that should be enough, yeah?

Nothing gets me more irritated than seeing authors cut corners on diversity. We are not some fucking box for you to tick off. We deserve to be as fleshed-out and as well-written as all those beloved white characters out there.

The heavy fire diverse books are under for being incorrect? Yeah, there’s a reason for that. There so little diversity. We’ve fought too hard to be written off as a token character, or to have our culture skimped out on. Let’s make sure we’re written right.

If you read a book, and you just know that there’s parts that’s inaccurate and you can tell an author didn’t do their research, call it out. Scream it, cry it, yell it to the world. Don’t be malicious, but let them know. Maybe they were poorly informed (but honestly, with proper research, it shouldn’t really be a problem), but at least know that they can’t – and won’t – get away with it.

But surely we can’t all be represented in a handful of characters, right?

Support the writing of diversity. Support diverse authors who are pushing just as hard as we are to break the defaults of the publishing industry. Buy the books, raise awareness, show publishers that there’s a market here. That there are people who will buy the books even though the MC isn’t white or straight.

Show the publishers that this is what we want.