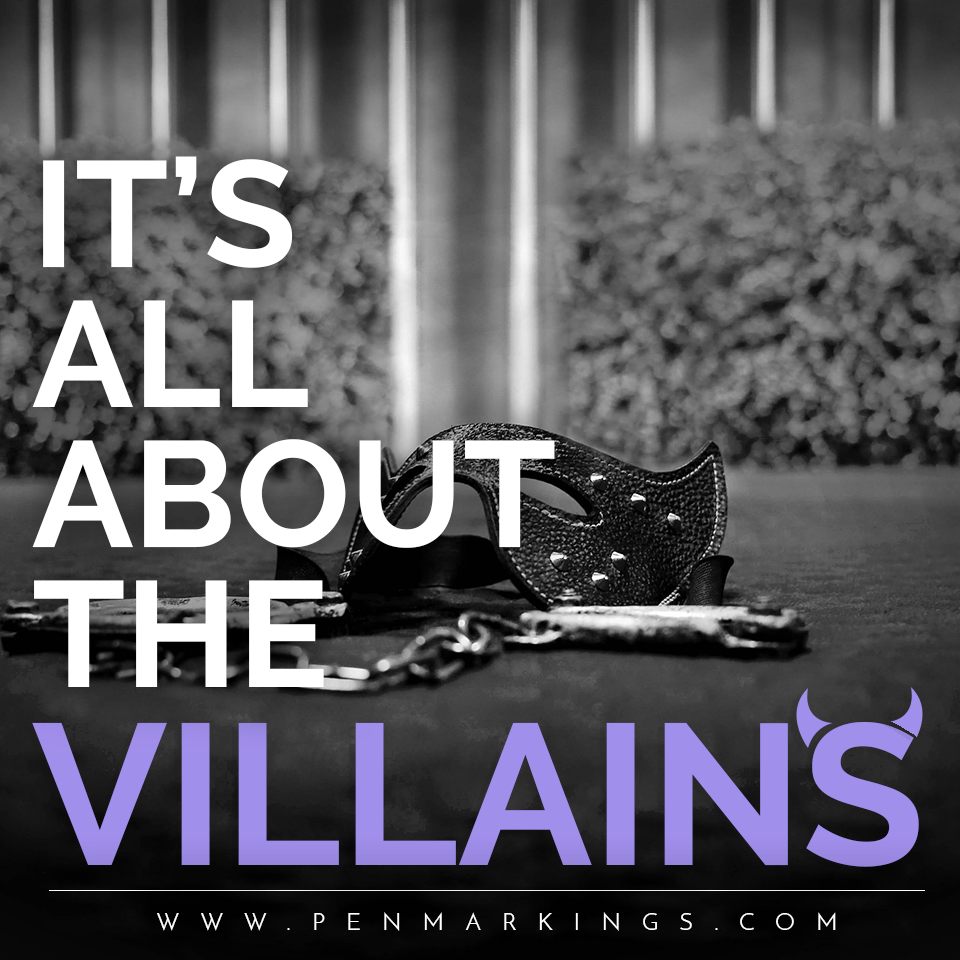 You’ve got Voldemort, Snow, Kronos, this whole line of evil villains hellbent on doing something incredibly evil, or the driving force behind the hero’s pain. They stand as the opposite of everything our hero believes in, a dark shadow in their world. We hate them. It’s only natural.

Sure, there are villains out there we just despise with ever fiber of our being (think Umbridge, the witch.), but honestly? I rather like villains.

Villains carry so much weight in the story. They are one of the many pillars a good story stands on, and if you make them weak, the whole book goes crashing down. Who wants to read a book where the villain is essentially a wallflower who cowers behind a curtain?

They can make the story so much more interesting for the readers. I love complex villains because sometimes they make you fall in love with them, and you have to struggle not to justify every evil deed they do. Think of the Darkling. I love the guy. He has a charm around him that I love, and he’s not truly evil. He thinks he’s doing something for the greater good, even though his methods are less than stellar. He’s also, well, the Darkling. And even though he’s evil, I was still rooting for him and Alina till the end, evilness be damned. Of course I know he’s a bad guy, he kills people, which makes it a lot more interesting for me as a reader because I have to tell myself “bad Claudia. He will kill you. Baad.”

Villains can also add so many layers to the story. They help provide the conflict, serving as the Big Bad whom the hero must destroy. They challenge our hero every step of the way, helping him grow and change from start to finish. Sometimes the villain isn’t always 100% bad, and that adds the question: is he really the bad guy? Should our hero really be going against him?

There also wouldn’t be much of a story without a villain, an antagonist blocking our hero from their dreams. Why bother read a story where you know the hero’s going to win with nothing in his path to stop them? When a villain throws the hero in a bit of a loop, making his path a twisty-turny one instead of a simple line from Point A to Point B, it keeps the anticipation high because who knows what’ll happen next.

I know some people just don’t like villains, but I personally enjoy them. Some of them just have that charm that allows them to plant themselves in our hearts, and others are just so damn fun to hate, satisfaction flooding you when they get the sticking they deserve.

Villains, heroes, sidekicks, flunkies. They all bring balance to a story. Without them, there wouldn’t be a story.

5 thoughts on “It’s All About The Villains”