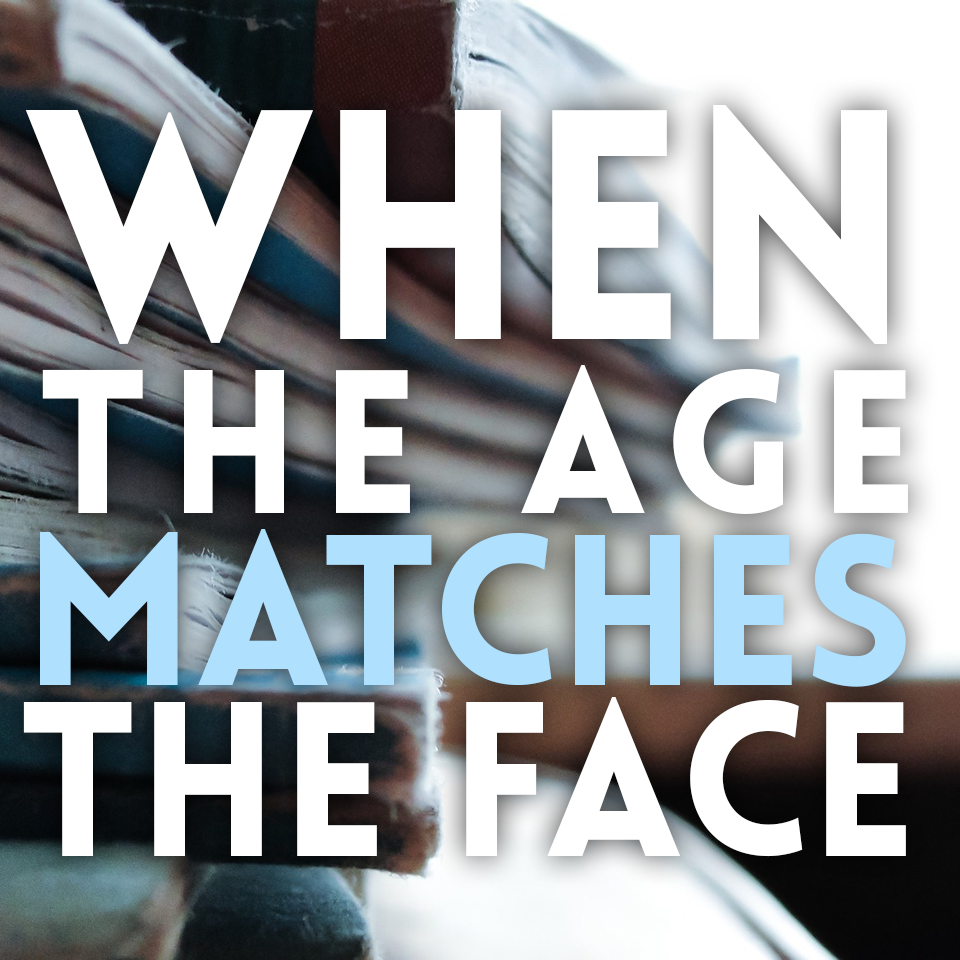 7 thoughts on “When the Age Matches the Face”