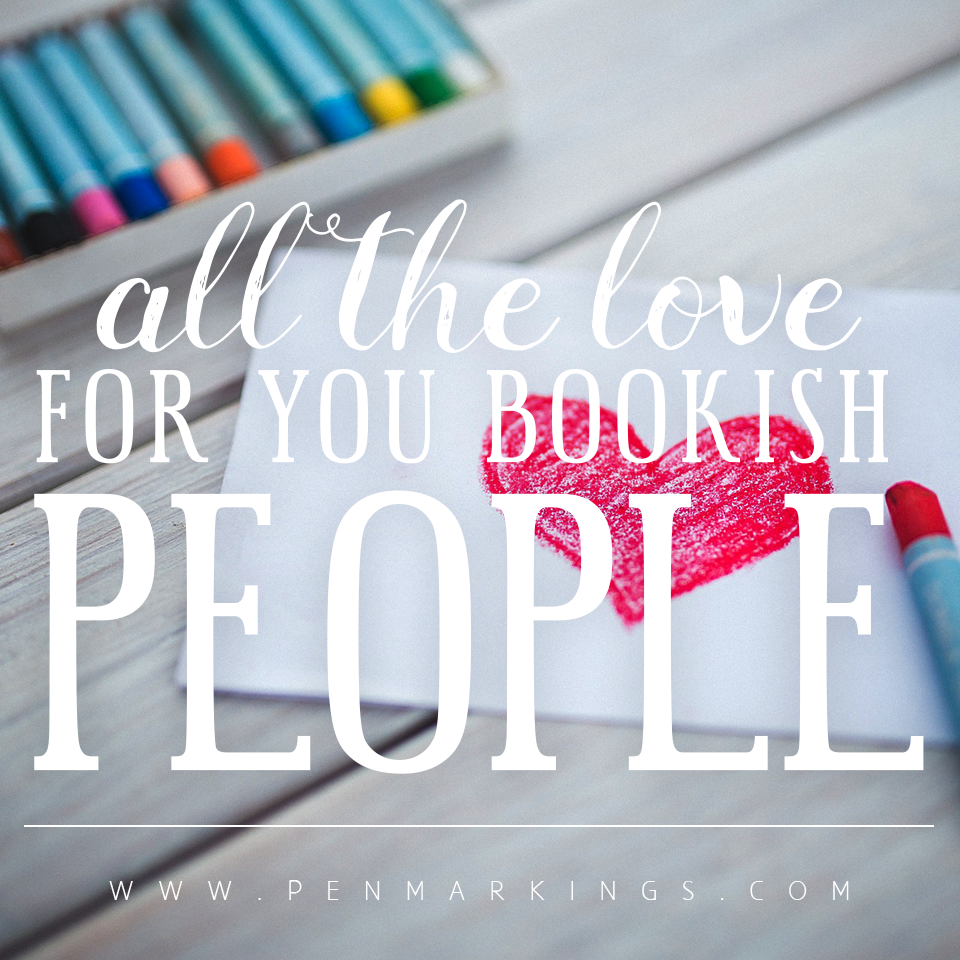 I know this is more of a romantic day – couples, cupids, pointy arrows aimed viciously at peoples backs…

Love is in the air, right?

Well, I don’t have any significant other. And I won’t for a very long time, I’m guessing. More from the complete lack of interest than anything else, I’m sure.

But I have some significant people that I just want to share some love with. Because Valentine’s day is about love, yeah? Not just romantic, but platonic. And we need more of that.

writerly authors who give me life

characters that i love too much, damn it

BUT it was well worth it.

let’s share some bookish love! tweet out to your faves and let them know! valentine’s day isn’t just about romance – love is love, whatever it is.